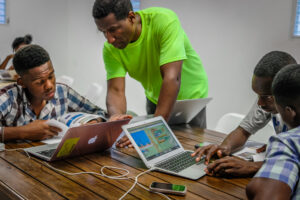 Our talented staff who organize and run the llibrary 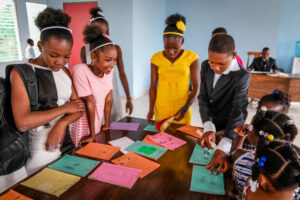 How Haiti Projects extends education to the entire community 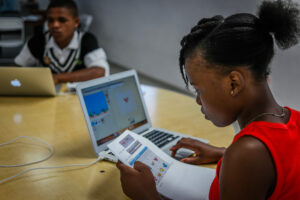 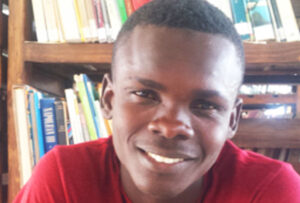 Haiti Projects’ TechnoClub encourages the exploration of science and technology through hands-on learning. It offers a Maker space in Fond-des-Blancs as well as an Internet hub for networking with peers and mentors in Haiti and elsewhere in the world.

The TechnoClub was started in 2014 with a weeklong series of workshops introducing sound mechanics and sound theory.  Students had a chance to explore the science of sound including sound waves and vibrations, how human beings create sounds and a hands-on portion where students used circuit boards and computer chips connected to computers to create their own synthesized sounds.

The TechnoClub continued in 2015 bringing in experts in the various fields of sound and music to talk with the students and do other hands-on workshops.  Steps were taken to engage the students much more during the year through distance learning, experiments and activities.

In 2016, the TechnoClub will further develop its week-long core workshop plus strengthen the activities and projects that students will participate in all year long. 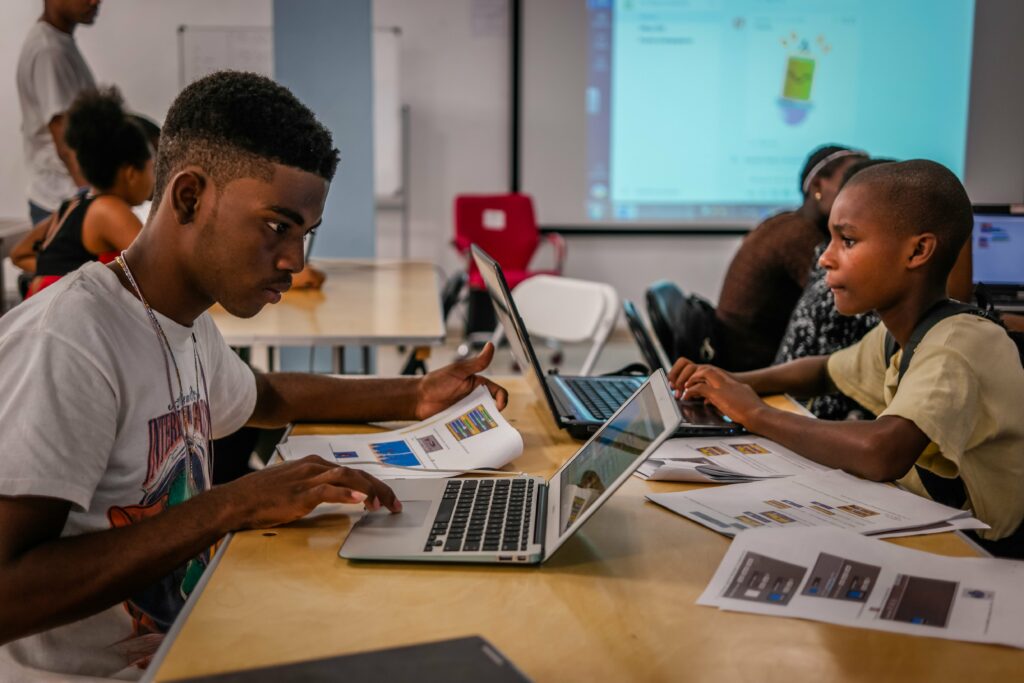 To support the community library, please visit SHOP MAISON D’HAITI or visit our DONATE PAGE.
Your purchases and donations help to keep nearly 100 women of our community employed at Fair Trade wages, support our beekeeping and soccer programs, boost self-confidence and help women to become leaders of their community.  The income these women bring in is critical as they are, in many cases, the sole caregivers for their children and a source of strength for their community.

HAITI PROJECTS MISSION is to empower women and their families in rural Haiti toward prosperity by providing access to jobs, education, family planning and health services.